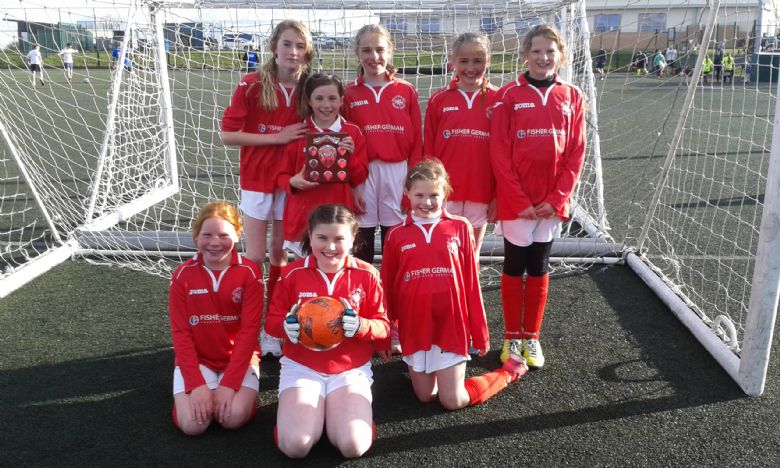 Year 5/6 girls competed in the Rutland football cup on Tuesday at UCC. After a comfortable start in the group matches which they won, they went on to the semi-finals to play St. Marys and St. Johns which resulted in a draw and then extra time. Still a draw, a penalty shoot out decided the winners with Hallaton then going through. Penalties scored saw the team through to the final against Leighfield.

After a slow start losing 1:0 at half time the girls fought  back to win in the competition 2:1.

Well done to everyone involved especially the parents who came to cheer them on. A commendable performance by all the girls.

The team will now go on to represent Rutland at the Level 3 School Games competition in June!