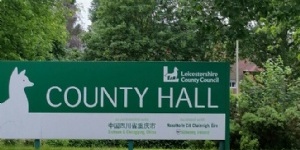 Six of our children were invited to attend the inaugural Global Learning Conference today at County Hall. This was held in the Council Chambers at the County Council headquarters in Leicester. Along with other schools the children had the opportunity to learn about the issues that surround global warming then had to argue that a particular solution ( given to them in a sealed envelope) would be the best way forward. 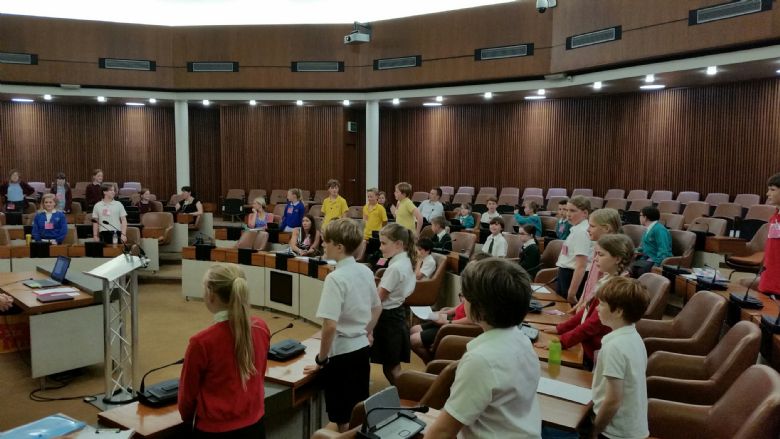 After preparing their reasons they elected a primary speaker to address the audience, presenting their groups reasoned ideas. After this counter arguments were put forward by the rest of the assembled children.  The debate was chaired by the Vice Chairman Janice Richards and carried out in the manner of a official debate. Each child was able to speak only if their red microphone light was on.  Only one person could speak at a time. The chair also told us that she also had a button to silence a speaker's microphone should they talk for too long or when it wasn't their turn! 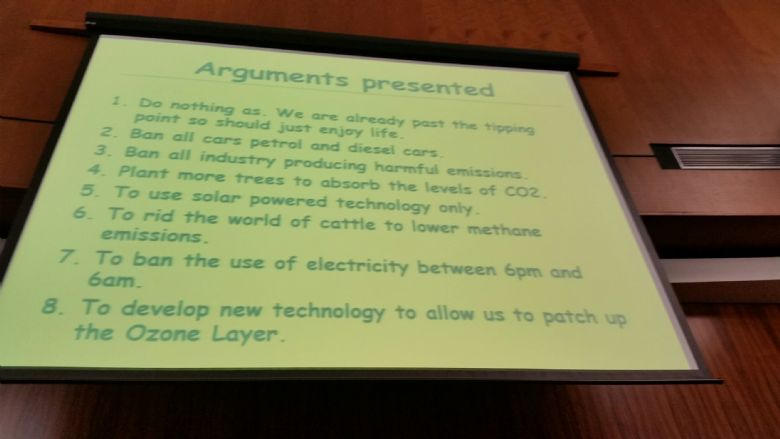 Not only did we get the opportunity to see where local and national decisions are often made, they took part in a formal debate proceeding which culminated in a final vote.

Clearly from the discussions that took place today , there were some very talented, thoughtful and interested children present and they were able to discuss this complicated subject with knowledge and concern. Well done Imogen, Arthur, Tim, Mary, Poppy and Sam. 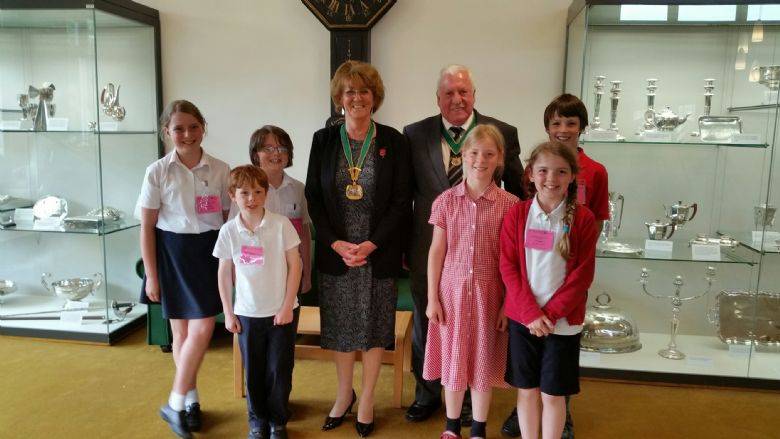